Recollected in tranquillity :
The bustle that was Cambridge Film Festival 2014 (#CamFF)

Cambridge Film Festival (@camfilmfest / #CamFF) is just around the corner from putting on its big show again – amazing to think that, when one first attended screenings there, all the programming was for a one-screen cinema, and one almost took for granted getting to see the new Woody Allen early…

As the Festival gears up for the thirty-fifth time (that’s where, behind the scenes, the frenzy comes in !), no less, a little moment to reflect on last year…


* Well, one was seeking to promote the Camera Catalonia (Catalan) strand, by providing reviews ahead of the screenings : a double pleasure, first to do so, and then to see how – beyond the confines of 'a screener', watched on a laptop – the full potential of the image blossomed in proper screenings 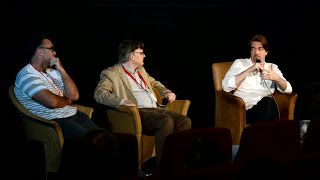 Composer Ethan Lewis Maltby, on the far right, during the Q&A for Fill de Caín (Son of Cain) (2013) (with Ramon Lamarca next to him, and director Jesús Monllaó)


* Relatedly, meeting and interviewing three Catalan film directors – and happening to take two of them punting on the Cam (and even giving one a punting lesson) 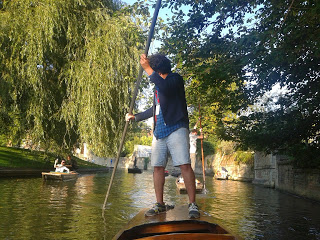 
* Plus lovely Festival photography from Tom Catchesides (@TomCatchesides) and David Riley (@daveriley) ! (That as well as being with the winning team of Catalan curator Ramon Lamarca, and intern-cum-interpreter Cristina Roures) 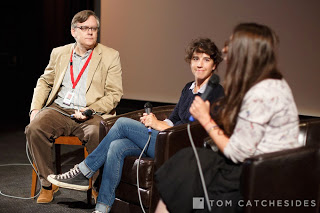 
* The chance to watch both screenings of some Festival favourites at, and see especially how Kreuzweg (Stations of the Cross) (2014) (but also Mary is Happy, Mary is Happy) (2013) repaid renewed attention 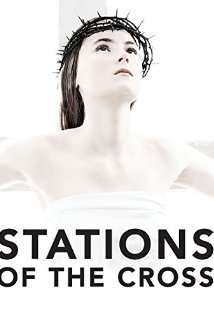 * The coffee, the chats, the news – in passing, as one dashed to different screenings – of other viewings, and the celebrated insanity of the TAKE ONE (@takeonecinema) crew (and of a Vine into which we were all cajoled, which was later banned (Not me, guv’ !)…)

* Meeting Dunstan Bruce (@dunstanbruce) for a fun, late-night TAKE ONE interview about A Curious Life (@a_curiouslife), his film on The Levellers (@the_levellers) (with a microphone-wielding editor in chief hiding under a table ?)


* With Screen 1 in gala mode, the warmth and energy in a film tribute to the late Tony Benn, Tony Benn : Will and Testament (2014)

* Warmth and energy of a different kind in, having guided one of the Catalan directors there, Festival regular Neil Brand (@NeilKBrand), with Jeff Davenport, playing to Menschen am Sonntag (People on Sunday) (1930), an early picture credit for Billy Wilder 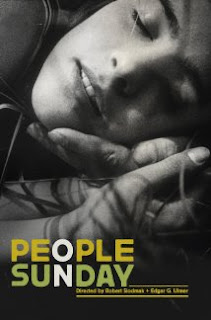 * And, of course, the expected preview of the new Woody Allen, Magic in the Moonlight (2014) (and the brief delight of a vocal from Ute Lemper) – a tetchy role for Colin Firth that also made some people unnecessarily sceptical of historical fact that men of his age married women of the age of Emma Stone ? 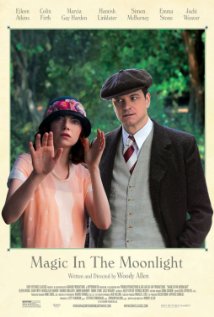 * Closing-night party ? No, sorry, one does not know anything about that !

See you at Cambridge Film Festival, daily during the eleven days from 3 to 13 September !

Unless stated otherwise, all films reviewed were screened at Festival Central (Arts Picturehouse, Cambridge)
Posted by The Agent Apsley at 17:19