At Lunch Three with Britten Sinfonia

This is an account of At Lunch Three, as given by members of Britten Sinfonia at West Road Concert Hall, Cambridge, on Tuesday 17 April 2018 at 1.00 p.m.

Thomas Gould (ThomasGouldVLN) introduced the concert, and welcomed Tom Poster (@PosterTom) to play with Clare Finnimore (viola), Caroline Dearnley (cello) and him in two works for piano quartet (and mentioned the deftness of Poster's playing in the latter). The first, a world-premiere performance of a composition by Caroline Shaw, Gould described as ‘pretty beautiful’, and invited interested members of the audience to stay for the post-concert talk with Tim Watts from The University of Cambridge’s Faculty of Music.

Several iterations of what seemed like it was to be a piano ostinato (the ‘very simple 4-chord progression’ to which Shaw’s programme-notes referred) began the piece. Before the material was shared with, and widened out, by the string-players, we then began by hearing them harmonizing it in different ways. Although, as a whole, the piece tended towards tonality, it did not do so simply in a sunnily emphatic way, but with edge, instruments rising and swelling - or playing pizzicato (with bowed cello) - at different tempi.

The work sounded quite filmic in its approach, and one could have imagined that it was a close reading of a cinematic short. However, it by no means needs visuals, but – as Shaw had also said in her programme-notes – she was evoking seeing, and the act of looking, and so ‘Thousandth Orange’ relaxed into the general rhythm of, and gave the impression of, different shots or alternative takes (but not at all in a Cubist way) : Maybe after the tenth, or the hundredth, or the thousandth time one paints an orange (or plays a simple cadential figure [sc.as she differently describes that ‘4-chord progression]), there is still yet more to see and to hear and to love.

The piece had a quiet, but effective ending, with a version of the cadential figure – as envisaged earlier on – partitioned between pizzicato strings, and just hanging in the air.


As with the Brahms that followed¹, this was quality playing as of a unit, and well received by the audience : the work plays again at Wigmore Hall on Wednesday 18 and at St Andrew’s Hall, Norwich, on Friday 20 April, and one trusts that there will be other opportunities to hear it afterwards.


Rather than reviewing the whole performance, which was excellent (and caused one person, on leaving the venue, to say that she never knew that Brahms could sound like that – almost everyone seemed to have found the work and its playing electric), here are just the written-up form of a few comments that were noted along the way.


The Allegro opens with a sun-lit statement in simple form, and we were fairly immediately in that initial lyricism that Shaw captures in her opening chords : she had chosen this work ‘as a natural partner to her new commission’². What one most wonders at is whether such a cello-line as that of Brahms could be contemporaneously written, or with such easy vibrancy or enthusiasm ?

In the Intermezzo, Gould, then Poster, could be heard to be prefiguring the Finale, and imbuing it with sadness in the repeat. In talking of the movement's exuberance, the programme-notes used the phrase ‘nervous sense of disquiet’ to say that it is kept in check ; however, the words fit better as a description of the Andante con moto, with its motif of repeated couplets, before it hints at and then builds up to grandeur, fuelled by energetic playing by Poster : eventually, out of the ashes of a huge explosion from the piano, Dearnley’s cello and Finnimore’s viola emerge and prove to have survived. (Likewise, in the Rondo, an elaborate cadenza drops down just to Gould's violin³ - imagine Brahms, as a man of 28 (exactly a year after Clara Schumann has given the premiere), making his playing and compositional début with this piece in Vienna in November 1862 !)

As the piano part established itself again, the other instruments could be heard, modulating beneath its harmonic forms : one keenly sensed that Brahms has a massive compositional structure at this point, which he is keeping aloft, until he finally pulls away into a close.


The Rondo started with lively string-tones and with Poster’s piano luminous in its upper register, but soon descended to just keyboard, with then the addition of pizzicato strings. We may know Brahms’ version of Hungarian from [his orchestration from piano four hands of ten of] his Hungarian Dances, but the most enduring theme here is a stately progression of chords in a theme of orchestral proportions - as is often said of this work as a whole, which Schoenberg indeed took the trouble to orchestrate. 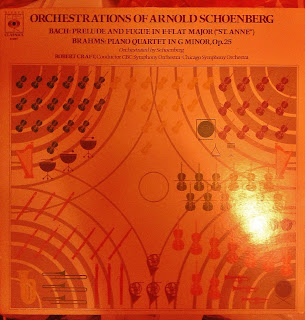 Not maintaining this head of steam that he has built up, Brahms lets some of the pace off, as he can be heard doing in the Symphonies or Concerti, by adopting a dance-form (a waltz ?) – prior to that dramatic cadenza, mentioned above, very shortly before the end of the work, and in the context of a summative visitation of the principal themes, en bloc, before some fast playing. He still has time to be meditative once more, however, until an onward current of piano notes drives us to the conclusion, and an even-faster passage that makes what passed before seem like a canter.


Tremendous acclaim met this thrilling playing of an exciting piece – as the audience-member remarked, this was a Brahms that she did not know !

¹ Except when Caroline Dearnley momentarily seemed to be awaiting overlong a cue, from Tom Poster, that he was ready to come in.

² Shaw is quoted, in the programme’s introduction, as saying This new piece for piano quartet is a kind of deep dive into my own memories of rehearsing and performing Brahms’ Piano Quartet as a violinist.

³ Albeit quickly joined by the other string-players.

Unless stated otherwise, all films reviewed were screened at Festival Central (Arts Picturehouse, Cambridge)
Posted by The Agent Apsley at 09:09 No comments:

But shouldn't the characters spend at least 50% of the time with :


[For the Winter Solstice]


I stand, and
(Having teased
Other lips) quiver
Now, 'twixt these
And your tongue -
Till I explode
Ambrosian gouts,
Thick and warm,
To savour
Sweetly down


Emma : I wonder. I wonder if everyone knew, all the time.

Jerry : Don't be silly. We were brilliant. Nobody knew. Who ever went to Kilburn in those days ? Just you and me.

Unless stated otherwise, all films reviewed were screened at Festival Central (Arts Picturehouse, Cambridge)
Posted by The Agent Apsley at 09:10 No comments:

Some Tweets about The Death of Stalin (2017)

My birthday wish is for everyone to see this blurb. pic.twitter.com/rAqNXLfqdq
— Charley (@CharleyMacorn) April 5, 2018

With the lure of a ticket for just £4.00, one's feebly shaken faith was restored in @Aiannucci - and one must apologize to him (when one should know what the usual schtick of trailers is) that one credited one that made @Death_of_Stalin (2017) just look crass... :(
— THE AGENT APSLEY (@THEAGENTAPSLEY) March 5, 2018

The film “The Death of Stalin” captures the terrifying absurdity of a tyrant. https://t.co/4i0rxq1EtS

Simon Russell Beale is very chilling... until he revisits portraying Lear, and rages as he did at Regan and Goneril :

'I will have such revenges on you both
That all the world shall—I will do such things—
What they are yet I know not, but they shall be
The terrors of the earth.' https://t.co/TxYavUePLe

Unless stated otherwise, all films reviewed were screened at Festival Central (Arts Picturehouse, Cambridge)
Posted by The Agent Apsley at 16:27 No comments:

Email ThisBlogThis!Share to TwitterShare to FacebookShare to Pinterest
Labels: Armando Iannucci, The Death of Stalin (2017)

A grievous dereliction of duty at Cambridge Film Festival

A grievous dereliction of duty at Cambridge Film Festival


A grievous dereliction of duty at Cambridge Film Festival 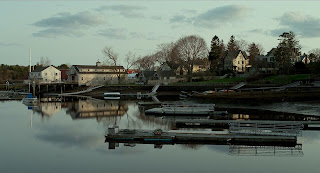 * These locations, and how they're used : https://t.co/hvQfLtXOBw

Unless stated otherwise, all films reviewed were screened at Festival Central (Arts Picturehouse, Cambridge)
Posted by The Agent Apsley at 16:24 No comments: