This is a first-night review of Julia Bolden's Alternate Slices, as performed by Twisted Willow Theatre at Corpus Playroom, St Edward’s Passage, Cambridge, on Tuesday 24 July at 7.45 p.m.

Cambridge was hot last night, but, in the intimate setting of @corpusplayroom (tickets via @adctheatre), the cast and crew of https://t.co/5K82dhu3i2 were hot in another way last night, in the premiere of Julia Bolden's Alternate Slices :

* As you like it - or - What you will... since the full title includes an alternative title / reality / universe :

Without saying so, Julia Bolden deliberately evokes a tennis-court, and umpire's chair :

In Stoppard's remarkably unfunny film self-adaptation Rosencrantz and Guildenstern are Dead (1990), the killer existential scene - when no one can remember which is which (others, and maybe we and they), in character, of Tim Roth and Gary Oldman - is on the tennis-court... pic.twitter.com/ZjNchZpbjY
— THE AGENT APSLEY (@THEAGENTAPSLEY) July 28, 2018

Plays are fully as referential as films are expected (or wrongly uniquely imagined ?) to be¹, so Alternate Slices is suitably infused with other works of theatre, such as Michael Frayn’s masterly Copenhagen, Christopher Hampton’s Treats, Stoppard’s Arcadia or The Real Thing, or Ian Rickson's fascinating production(s) of Pinter's Betrayal and Old Times². [Which is to say that, with the last of these, #UCFF had 'to watch both ways'³, i.e. with KST (Kristin Scott Thomas) as Kate and Lia Williams as Anna, then vice versa].

For those who already want to order their 'soul-mate' off the shelf, has this gone into production yet ? ;)
— THE AGENT APSLEY (@THEAGENTAPSLEY) July 25, 2018

Those predecessor plays are named, in case they help to understand what to expect of the scope and nature of Bolden's prescribed and circumscribed universe, and by no means to daunt, but encourage, the general reader by introducing them as and for company⁴ - since they are not quite bed-fellows (except in that limited sense of ‘Ishmael’ and Queequeg in Moby Dick). 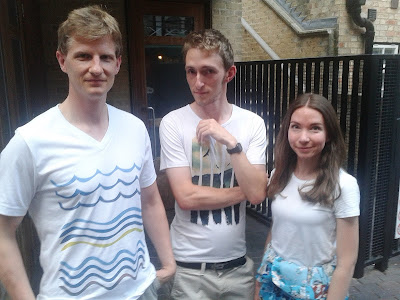 Still, one might ask, why all this cleverness (from #UCFF) ? Well, for one, because the play itself talks about post-graduate life, so that is the other-worldly realm to which Matt, Finola and Nick still partly relate (because drawn to academically), when not having to plan how to go about decorating (filling, rather than painting (or even papering) over, the cracks), or kite-surfing at Hunstanton : do they, as some will claim that the phrase has it, Live in their heads still, and not [in amongst] the physicality of the world... ? 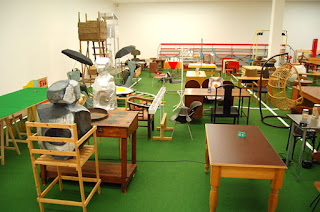 And yet, for example, although all three of Matt, Finola and Nick are very and almost equally talkative, superficially covering - when not spikily alluding to - their common hurts and gripes (passing hints of Sartre and Huis clos ?), does Matt riff a little on the more morbid / saturnine parts of Deeley in Old Times, and Nick on his ostensibly more gregarious Pinteresque cover-up for envy, menace, and unacknowledged fear / insecurity ? 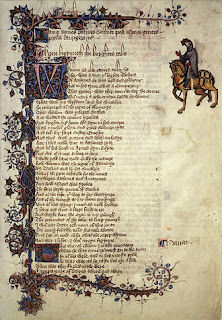 The opening-page, in a MS original [the 'Ellesmere' MS], of the tale told by The Knight in Chaucer’s 'The Canterbury Tales' : A story that effectively begins with Palamon and Arcite, who are cousins as well as imprisoned knights, and when Palamon, waking early one day in May, sees Emelye, a princess, from their shared tower-cell…

Pinter's play, of course, is a man and two women³, and vying - as if it is a final battle - for whose relationship with whom is rooted in the least assailable memory, which Alternate Slices arguably may not (or may ?) be found to be... ? 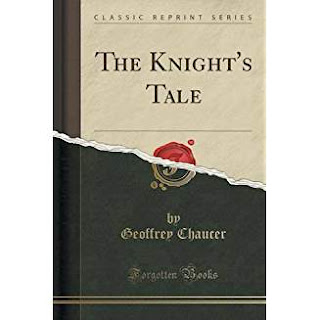 Which is where, to be a first-night review that might be seen by a second-night audience (and the rule of thumb, of course, is that the teething problems of opening night have been [insert whatever continues the analogy / metaphor] and the show is even better, this attempt has to end...


Oh, you'd really like to see that extra bit⁵ that didn't find a place (in time), would you ?

¹ Those whose milieu is as much cinematic as theatrical may not only find possibilities here for a screenplay (as already mentioned, in passing, to Julia Bolden afterwards), but also such film-references useful as - in no particular order – Sliding Doors (1998), About Time (2013) [NB Richard Curtis cannot 'do' time-travel], Lola rennt (Run, Lola, Run) (1998) [the link is to the IMDb web-page for the film]... 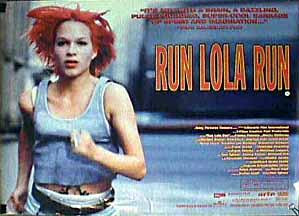 ³ Although playing it both ways, where KST was Kate half the time (and even on the throw of a coin, for some performances), brought out both what Lia Williams and she were bringing to each role, and how that made Rufus Sewell, in each of their equivalent Deeleys, necessarily different and so not static either, even at the level of how the stage-business was blocked. 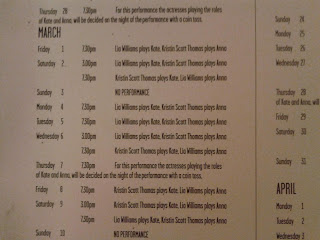 ⁴ Thinking as much of Sondheim’s Company, as Bekettt’s late prose masterpiece of the same name.

⁵ NB Embedded links (below) are for illustrative purposes only, and not paid or any promotion, endorsement or recommendation of goods and / or services referred to therein or thereby :


You might lay bets, handle cancelled bookings and make them available again, or work as an ethically sourced wedding-planner – but living with uncertainty is part of the territory ~ McLuhan (paraphrasing Barthes)

Swap dinner plates for dignity kits with ActionAid’s alternative #giftlist. Spread the love and find out more about how your #weddinglist can change lives, for good. 💍 💕 https://t.co/aMYM9tnFO8 pic.twitter.com/3PzgH2lFco
— ActionAid UK (@ActionAidUK) July 26, 2018

Unless stated otherwise, all films reviewed were screened at Festival Central (Arts Picturehouse, Cambridge)
Posted by The Agent Apsley at 05:46 No comments:

For Ocean's Eight (2018), as seen at The Light Cinema, Cambridge, four Tweets
More views of - or before - Cambridge Film Festival 2018 (25 October to 1 November)
(Click here to go directly to the Festival web-site)

For Ocean's Eight (2018), as seen at The Light Cinema, Cambridge, four Tweets

Little did one imagine, watching A Room with a View (1985), that Helena Bonham Carter's fetishistic Bellatrix Lestrange would be one of the best things about the Harry Potter films - or that her wit, gracing @oceans8movie earlier at @lightcambridge, would make it worth a watch... pic.twitter.com/2fM1B5GirQ
— THE AGENT APSLEY (@THEAGENTAPSLEY) July 18, 2018

Sandra Bullock may have lead billing, and hair and make-up have her look striking (in a Victoria Beckham way?), but the screen-presence of such as Cate Blanchett outclasses her, and even @loganluckymovie makes a greater fist at plausibility than Gary Ross' directing / co-writing.
— THE AGENT APSLEY (@THEAGENTAPSLEY) July 19, 2018

In the year of the Merchant Ivory film, @IMDb tells us that blast-from-the-past Griffin Dunne (Paul Hackett in After Hours) is the (unseen) Parole Board Officer :https://t.co/C7FwKVVW9f

James Corden (John Frazier) is also hilarious, trying to investigate some of the nonsense !
— THE AGENT APSLEY (@THEAGENTAPSLEY) July 19, 2018

In @empiremagazine, 'Blanchett is cool personified, Paulson probably has the most to do (she has a run-in with Vogue editor Anna Wintour cooing over Roger Federer), Awkwafina is a lively presence, and Rihanna effortlessly erases the memory of Battleship.'https://t.co/3WCnTk8EGs https://t.co/6vaZDmCW3h
— THE AGENT APSLEY (@THEAGENTAPSLEY) July 19, 2018

Unless stated otherwise, all films reviewed were screened at Festival Central (Arts Picturehouse, Cambridge)
Posted by The Agent Apsley at 17:48 No comments:

Some notes from a viewing of Almodóvar's Live Flesh (1997)


Some notes from a viewing, on DVD, of Almodóvar's Live Flesh (Carne trémula) (1997) 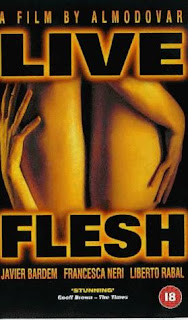 They that have power to hurt and will do none,
That do not do the thing they most do show,
Who, moving others, are themselves as stone,
Unmoved, cold, and to temptation slow :
They rightly do inherit heaven's graces
And husband nature's riches from expense


A cast that is a close-knit quintet - in adapting Ruth Rendell, Pedro Almodóvar gives us the sort of love-circle of a play by Jean Racine, which (Samuel) Beckettt gently parodied at the start of Murphy, or we may know from (Arthur) Schnitzler and La Ronde... :


'We are two tear-drops
In a song'

'Rear Window is one of several of Hitchcock's films originally released by Paramount Pictures, for which Hitchcock retained the copyright, and which was later acquired by Universal Studios in 1983 from Hitchcock's estate.'


'You need me more than he does'

Unless stated otherwise, all films reviewed were screened at Festival Central (Arts Picturehouse, Cambridge)
Posted by The Agent Apsley at 17:10 No comments:

Pepper can readily vouch that Anna's work is ever near to Nature [so a younger visitor, making her entry in the guest-book, picked an owl to sketch - one of Anna's favourite themes - and Pepper] :

There are plenty of lino-cuts and mono-prints available to buy, or just to admire - on display, in a portfolio, or in several free-standing browsing-racks : 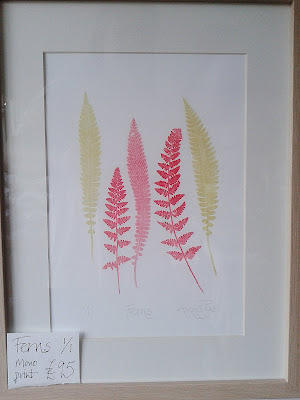 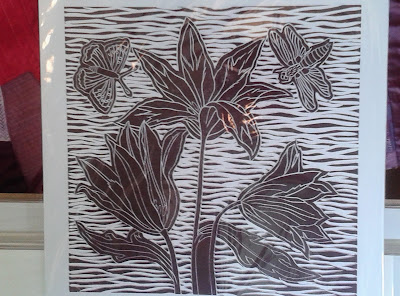 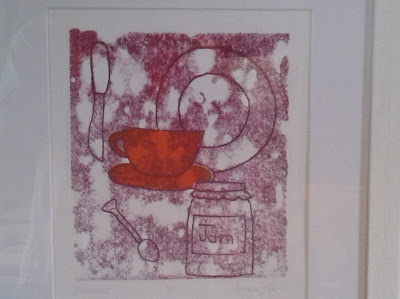 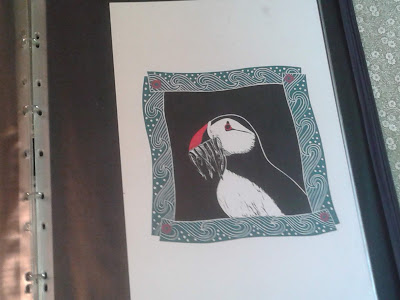 As in previous years, Anna kindly allowed #UCFF to take photos in order to Tweet, etc., about her Open Studio, but cards and numerous items with her designs, from tea-towels to cushions and tote-bags, are on sale : 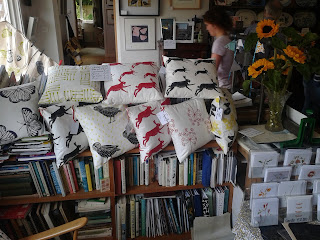 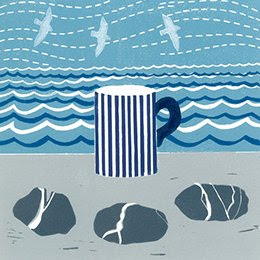 As Anna says, when purchased, prints can come in a variety of forms - to suit the buyer... 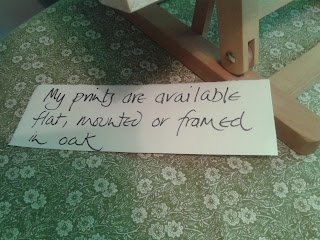 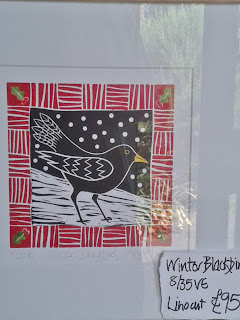 All in all, plenty to inspire in Anna Pye's Open Studio 2018 - including that owl, and Pepper the Cat : 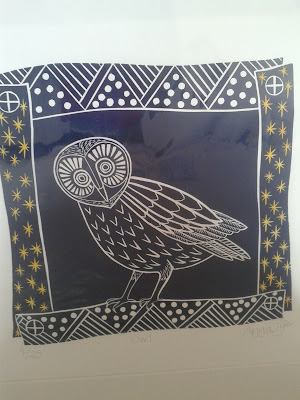 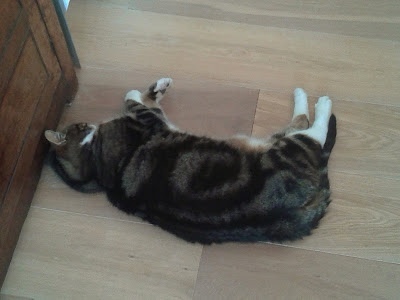 Unless stated otherwise, all films reviewed were screened at Festival Central (Arts Picturehouse, Cambridge)
Posted by The Agent Apsley at 09:16 No comments:

A few second-night Tweets about in situ:'s production of Woyzeck, by Georg Büchner

A few second-night Tweets about in situ:'s production of Woyzeck, by Georg Büchner


A few second-night Tweets about in situ:'s production of Woyzeck, by Georg Büchner


In @in_situ's Woyzeck to-night at The Leper Chapel (from C12, and managed by @CambridgePPF : https://t.co/qcw8jXsIm4), under the directorship of Richard Spaul, a vision of Büchner's dramatic fragments to move us - variously evoking compassion, ennui at life's rituals, and dread ?
— THE AGENT APSLEY (@THEAGENTAPSLEY) July 13, 2018

The last performance of the three-night run is to-morrow, Saturday 14 July, at 8.00, but there may not be many tickets left, so best to check with @in_situ or on this web-page :https://t.co/1e1jSGl1ed
— THE AGENT APSLEY (@THEAGENTAPSLEY) July 13, 2018

Unless stated otherwise, all films reviewed were screened at Festival Central (Arts Picturehouse, Cambridge)
Posted by The Agent Apsley at 06:01 No comments:

Pure review-notes : The Sixteen perform in York Minster during York Early Music Festival
More views of - or before - Cambridge Film Festival 2018 (25 October to 1 November)
(Click here to go directly to the Festival web-site)


For those for whom waiting for a fully written-out account is needless, because the review-notes suffice, here they are for The Sixteen's performance, in York Minster and as part of their Choral Pilgrimage and during York Early Music Festival, on Wednesday 11 July at 7.30 p.m.
The Sixteen

Britten ~ A Hymn
Serious, but not solemn - affecting, praise and celebration

Cornysh ~ My love
Just males
A work that subtly grows, and also through the element of hearing the refrain repeated

Britten ~ Hymn to
I - dramatic touches and harmonies

Use of the more restrained chorus

Chorus - with greater gravitas, but transparent and joyous

III - the effect as of rain-drops
With a super solo, the scale and scope of what Britten creates
Fire - deep bass
'With fire' - emphasis

Cornysh ~ Salve Regina
A rich, layered setting, which, at times, seems rooted in plainsong
Full of beauty and gracefulness

Cornysh ~ Ave Maria
The melismatic, imitative lines were brought out in a coherent and robust ensemble

Cornysh ~ Ah, Robin
At times, a round for three voices
Not complicated, but effective

Assembly of the texts
Ending with the grave

Unless stated otherwise, all films reviewed were screened at Festival Central (Arts Picturehouse, Cambridge)
Posted by The Agent Apsley at 17:06 No comments: