From a town in western Russia to the north of England... (work in progress)

An accreting assortment of Tweets about Lady Macbeth (2016)


@LadyMacbethFilm Via 'formalism' / Stalin, we know of Lady Macbeth of the Mtsensk District, but is Shostakovich's opera a rarity ? :https://t.co/oK5RBYnq4T
— THE AGENT APSLEY (@THEAGENTAPSLEY) May 20, 2017

Those born in Russia (or the former USSR) – or who were not, but who study Russian literature – may be in a different relation to Lady Macbeth of the Mtsensk District and, because considering it in, its literary and social context – if we are interested in music, we will all know that (so the story goes) Dmitri Shostakovich, looking at an edition of Pravda, found himself there condemned*, and having [to appear] ‘to change his ways’ (again, as the story goes).

One question, amongst many, that the film may pose (not necessarily a bad thing in a film that we should wish to enquire) is whether it commends to us Shostakovich’s opera / libretto, and / or Nikolai Leskov’s original novella (from 1865)…


It seems that @LadyMacbethFilm (2016) desires to be in a period, but not a period-piece, and switches countries as in Lady Chatterley (2006) pic.twitter.com/8o62RsmCjC
— THE AGENT APSLEY (@THEAGENTAPSLEY) May 20, 2017 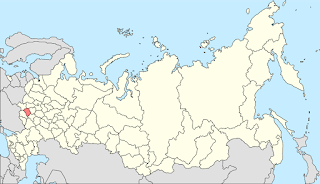 In modern Russia, the town of Mtsensk lies in Oryol Oblast (a federal subject of Russia)


@LadyMacbethFilm 'Basing' itself on a novella from 1865 (in Dostoyevsky's Epoch magazine), the painterly-composed shots seem more like Caspar David Friedrich pic.twitter.com/2XN9ZTImwq
— THE AGENT APSLEY (@THEAGENTAPSLEY) May 20, 2017


Film and other references : 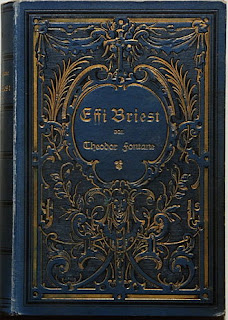 Cutting the initial scenario of Nikolai Leskov's novella, and very drastically at the end, @LadyMacbethFilm makes Katherine less like Effi.
— THE AGENT APSLEY (@THEAGENTAPSLEY) May 21, 2017

* Not straightaway, when the work was first performed in Leningrad and Moscow (within days) in January 1934, but around two years later.

** Not 'Based on one of the most scandalous novels of our time', as IMDb asserts (@IMDb), with regard to Lawrence...

Unless stated otherwise, all films reviewed were screened at Festival Central (Arts Picturehouse, Cambridge)
Posted by The Agent Apsley at 17:25