And where to see it at :https://t.co/QLRofhnUV1

That was a load of rubbish, said the guy behind

Unless stated otherwise, all films reviewed were screened at Festival Central (Arts Picturehouse, Cambridge)
Posted by The Agent Apsley at 10:51 No comments:

An environmental thread at #CamFF 2014 : Energized and (incomplete) Last Call

There is synergy (no pun intended !) between Last Call (2013) and Energized (2014), which is why they should be being reviewed together. (That said, a clash of programme at Cambridge Film Festival 2014 (#CamFF)* meant that only the last part of Energized could be seen – and the review of Last Call has been ‘forever’ finishing itself, so it will continue to linger, and we hope that it may follow…) 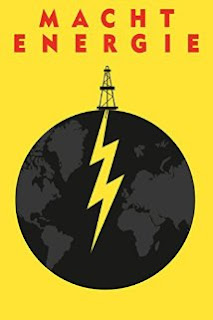 The latter seems more focused, because its sections, although in some ways discrete, bleed into each other – in a short space of time, we get a good sense of the energy-independency of Murnau, in Austria, with examples, facts and statistics concisely given, and then move on (via narration and then a caption) to a related topic. This is the style of the film, which means that it can cover much ground by linking segments in this way.

Who benefits from large-scale solar arrays, the possible merits of a super-grid for power distribution, and the competing claims about power loss when conveying electricity over vast distances were all presented – quite apart from France’s near-total reliance on nuclear as a source of energy, and the concerns about the integrity of how its nuclear waste is kept (nothing to do with the risk of terrorists gaining access, but the relatively poorly understood systems of storage that were apparently used in the early years (as mentioned in the review of Containment (2015) at Sheffield Doc/Fest (@sheffdocfest)), but which no one, except the campaigner shown (who installed them), seems to want to acknowledge and revisit) – the film is a compendium of issues that affect the choices that nations make for the future of Earth’s resources. 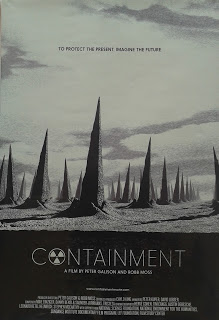 Yet one simple example hits home very hard, that of a farmer growing sunflowers on one-tenth of his farmland. He told us that harvesting crops (one assumes that he meant the whole process of planting seeds, spraying, harvesting, tilling and levelling) uses 23% of the world’s consumption of fuel. However, he has converted his machinery to be powered by the sunflower oil that he produces (and in a way that satisfied his wife that he was not ruining the machinery) : the oil not only provides fuel for his farm, but gives him the means to plant and harvest future sunflowers.


By contrast, Last Call (2013) takes a longer view, because its ambit is from when the study The Limits to Growth was published (in 1972 – we see footage of the hopeful launch), how it came to be written, and what has happened since. It suffers – not inevitably – on this account, because, at times, its focus seems to be on where its authors were twenty years on, a subtle shift from how the study itself is being viewed at that remove (although, for those still alive and campaigning, there is common ground).

With the fortieth anniversary, it becomes even less clear whether we are following the authors’ fortunes or that of their work, some of whom, such as Dennis Meadows, are still addressing conferences, whereas others, such as his ex-wife Donella, set up an environmental community (and had died before the anniversary)… The narration also suffers from the fact that the voice used seems to have a patronizing tone to it, which tends to make one feel that one is not being given credit for what one already knew :

For example, Geography lessons at school (shortly after the report had appeared) had treated things such as the impending population explosion as understood – even if, when it comes to governments, they generally have not, of course, had the resolve to do very much to address it, despite the related problems of increased consumption of limited resources…

What one did not appreciate, until now, was the existence of The Club of Rome (as instigated by the invitation of Aurelio Peccei and Alexander King), which had a significant role in the publication of The Limits to Growth, because it sponsored the visit to MIT and commissioned the report. Likewise, one does not recall footage of Jimmy Carter addressing the American nation about the challenges that it faced, and also putting solar-panels on The White House :

That with which one is more familiar is the attitude that ignored or disdained the possibility that mankind might be having any effect on the environment, typified by further footage, this time of Ronald Reagan, dismissing any idea of limits to growth as unthinkable – as if growth were a God-given right, even an undeniable virtue, and so anyone talking of limiting it were calling for a curb on the American spirit itself, if not pronouncing anathema.

One takes from the film the idealism of the writers of the report, imagining that their views would be influential for good, and their not expecting a vigorous and very hostile reaction against them, which in the press – as a file of newspaper clippings show – rarely, if ever, engaged with the real issues, or represented the writers’ arguments for what they were.

The report had been a scholarly plea, based on the best modelling available of the world’s interrelated and potentially ungovernable infrastructure (i.e. if left until out of control), to consider what growth upon growth would yield for the Earth’s future : just as Carter embraced the possibility of changing path to ensure mankind’s survival, so – because politically motivated – Regan’s administration ridiculed it.

Probably (though other advocates are not much mentioned) they ridiculed Isaac Asimov, a scientist as well as a science-fiction writer. Green-house gases, and the effects that they may have had on the environments of other planets in the solar system, may have been fine for extraterrestrial science, but it was only in the little knee-jerk ban of CFCs (carbon fluorocarbons), when a hole was found in the ozone layer, that we have seen any obvious response to a consideration of Earth’s atmosphere.

For Dennis Meadows, even if the point may have been passed when the foot could have been taken off the throttle with regard to the effect on Earth, he keeps on campaigning and fighting for this cause. [...]

* Watching Menschen am Sonntag (People on Sunday) (1930), with interpretative commentary from Neil Brand and Jeff Davenport, meant that one was elsewhere at Energized's start-time of 5.00 p.m.

Unless stated otherwise, all films reviewed were screened at Festival Central (Arts Picturehouse, Cambridge)
Posted by The Agent Apsley at 12:40 No comments: