Just as if the present penetrated the future, leaving behind a trace of anxiety¹ 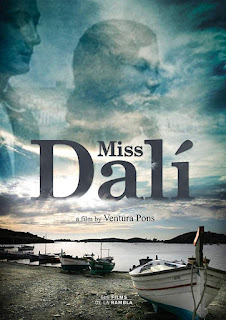 Salvador Dalí is not a trustworthy source of information about himself. From his adolescence he set out consciously to become a myth, and he continued to work at being Dalí even after he had achieved his goal. A vital stage in the process was his The Secret Life of Salvador Dalí, written in French and published in English translation, for American consumption, in 1942, when he was thirty-eight.

When, to a voice-over (from which the words that are used as a title to this preview have been quoted¹), the film opens with a slide-show of unpeopled bays, cliffs, the sea and waves, it has a disembodied quality to it that speaks, inter alia, of lives beyond these vistas : perhaps they seem hyper-real in their intensity, as if in canvases of Salvador Dalí, where we might wonder what time soft watches would tell ? 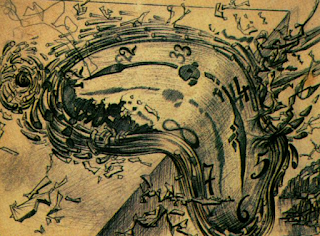 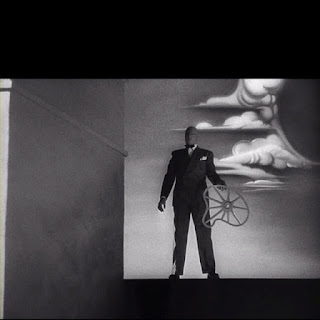 Alice sighed wearily. 'I think you might do something better with the time,' she said, 'than waste it in asking riddles that have no answers.'

'If you knew Time as well as I do,' said the Hatter, 'you wouldn't talk about wasting it. It's him.'³ 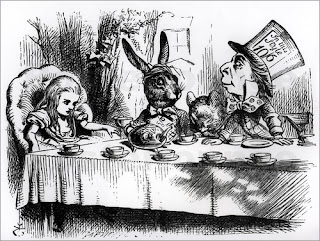 The twentieth century was hardly the first time when big personalities were operating in the sphere of the creative media (since it had given us such towering egos as Benvenuto Cellini, Christopher Marlowe, Caravaggio, Samuel Johnson, Niccolò Pagannini, Richard Wagner, August Strindberg, Richard Strauss, etc., etc.), but how art was to develop then not only allowed, but also almost required, the person of the artist to be an important part of the art-work and its values : to be an artist called Pablo Picasso, Salvador Dalí, and Andy Warhol, to name but three, made it de rigueur to venerate at The Shrine of The Personality Cult (or, rather, have others make votive offerings to approach one and / or on one's behalf). 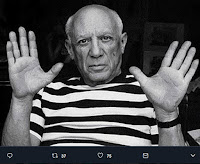 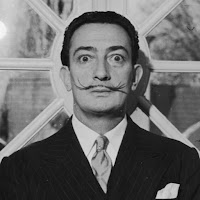 In telling the story of Edie Sedgwick, Factory Girl (2006) may not, in search of a good premise for a film, be accurate with all of its claims about Warhol – which is not to say that he did not use / exploit people, but that it misrepresents what one can nowadays easily check :

Part of Ana María’s motivation, in 1949, in publishing Salvador Dalí vist per la seva germana was to correct assertions that would otherwise pass for truth. Imagine being Salvador Dalí's sister, and having happily posed for hours for your evidently highly talented brother, then, as his art developed (and Dalí, having learn to draw and paint figuratively, initially thought himself first an Impressionist, then a Cubist), finding that one has more in common with one’s father’s increasing sense of frustration with him - that is what Miss Dalí asks us to entertain. 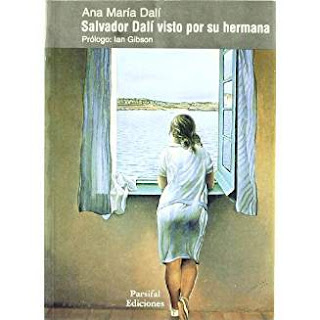 Yet all the indications are that, although Ana María’s book also appeared in Spanish (and was translated into French), it has never appeared in an English-language edition, and Ian Gibson's seemingly unchallenged biography The Shameful Life of Salvador Dalí (quoted above) only gives a few pages to it. (Gibson spends longer on considering the various and inconsistent accounts by Dalí and Buñuel of how the screenplay for Un chien andalou (1929)⁴ came to be written.) Perhaps Ventura Pons' film will change that... ?


He loved to sign thousands of blank sheets for lithographs ~ Ana María
Whatever the exact status may be now of Mr Allen or his reputation, his Midnight in Paris (2011) was unjustly fêted, and To Rome with Love (2012), the following year, no more justly neglected, though both treat of visiting the past, and of regret : Midnight's literal vehicle takes Gil (Owen Wilson) back to such remarkable times, with remarkable people, as Miss Dalí treats of. Yet – except excused as Gil's fantasy wish-fulfilment that sees a disaffected Inez (Rachel McAdams) and him in Paris (i.e. if it is in his dream, what does it matter ?) – too many ways in which these writers and artists they have been visualized and / or portrayed in Allen's film grates not a little, such as the portrayal of Luis Buñuel or Dalí himself, as well as how, anachronistically, some of the men are dressed so informally⁵.


Director and co-writer Ventura Pons has already shown himself too savvy, with the multiple facets of how scenes play and re-play in El virus de la por (The Virus of Fear) (2015) [which screened during #CameraCatalonia in the following year], to be pegged solely to the view-point of Dalí’s sister Anna Maria [Ana María], who (later in life, and played by Siân Phillips) is the 'Miss Dalí' of the title. Which is to say that, although the ostensible work of the film is to tell it as she saw it (via the medium of her reminiscences when her friend Maggie visits, whom she knows from when she was at the University of Cambridge), it is not its purpose simply to endorse or validate Ana María Dalí’s account or perspective :


It's a good story, written by a cunning and brilliant man… - to distract curious fools ~ Maggie
It is Maggie (Claire Bloom) who is shown, as if in a very understanding confessional, to be validating how Ana María feels, and endorsing why she might have resentments that she does not feel able to forgive, for her sake - rather than for our benefit as such. As the film goes on to show us, it was the outrage of Ana María and her remaining family at Salvador's biased autobiography for his own selective purposes, The Secret Life (1942), that was sufficient reason for her to publish her riposte in Salvador Dalí vist per la seva germana (1949).

In other filmic terms, we might think how Mike Leigh, in Mr. Turner (2014), confounds the art-establishment tradition of nobilizing Turner as aristocratic (rather than demotic). In Miss Dalí, by contrast, we see Dalí becoming more haughty, as he cultivates strangeness, and cannot, as his family does not easily overlook distancing himself from his Catalan roots, and courting the Fascists against his Republican education...


When I die, I will be totally cured ~ Salvador Dalí


At root, Ventura Pons' film embodies a sister's abiding love and admiration for the brother with whom she had shared her early years :

But he is still Dalí. One of the greatest figures in twentieth-century painting. The art was greater than the man.

³ This exchange, at The Mad Hatter's Tea-Party, is likewise quoted in the #UCFF preview for Jean-François i el sentit de la vida (Jean-François and The Meaning of Life) (2018) : ça va ici aussi !

⁴ When this image comes onto the screen, during footage from Un chien andalou (1929) that the film shows, some might want to turn away, for a few seconds, at this point… 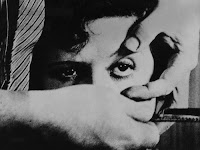 ⁵ In fact, one would far rather not be in Gil's company at all, but in that of the truly fantastical Drako Zarharzar (@DrakoZarharzar) in Toby Amies' highly effective personal portrait, The Man Whose Mind Exploded (2012), of a man who knew people such as Salvador Dalí, because he modelled for him.

Unless stated otherwise, all films reviewed were screened at Festival Central (Arts Picturehouse, Cambridge)
Posted by The Agent Apsley at 17:27 No comments: