Domestic, without bliss : Dialogues with despair and distraction

For those who found Locke (2013) relatively pretentious (and unnecessarily grounded in and by its central conceit), El camí més llarg per tornar a casa (The Long Way Home) (2014) may cure (or else kill) : hardly limiting himself to the niceties of the grades of concrete, Tom Hardy’s paper-thin character on a mission as Locke can, as the embodiment of empirical thinking at the wheel, grate through his seemingly having an explanatory plaster for everything (if maybe not for those who esteem the contrary presentation of a grand, value-based gesture that uproots everything).

Important referents here are as follows :

* The Out of Towners (1970) – not as a tour de force for Jack Lemmon (though the film is one), or for its comedy, but for its relentless reliance on What can go wrong, going wrong [it almost has the existential joy, in pessimism, of Beckettt’s two mimes called Act Without Words [I or II] (Acte sans paroles [I ou II])]

* Sprinkle some Paul Hackett (Griffin Dunne) in After Hours (1985), and some significant allusions to Paddy Considine’s re-working of Peter Mullan, in Ken Loach / Paul Laverty’s My Name is Joe (1998) in Tyrannosaur (2011) [but one need not do more than acknowledge what Miranda July was poorly trying to do with Paw-Paw [~3,800 page-views for this posting] in The Future (2011)…]


* Principally, however, what Borja Espinosa gives us (leading in the role of Joel Reguera) is a more nuanced take on what rock bottom is like than even Marion Cotillard’s very impressive performance in Two Days, One Night (Deux Jours, Une Nuit) (2014)


Unlike the Dardennes brothers’ film, this is one where little is explained (in Two Days, One Night, it is essential to the film that we understand what is facing Cotillard’s Sandra : as, also, witness how her character is urged Tu existes, Sandra !), and as if we are invisibly there, in the room, as Joel wakes, is in the car (whose music is our soundtrack), or in various locations such as a café, its toilet, or bits of waste or track-side land – right from the opening, we are used to the camera tunnelling into the shot, and to blurrings [form as shape], or blackenings [darkness visible], which distort our perception, and then are reversed, or enhanced [light as pattern] :

In Locke, it is as if it is de rigueur for us to have the perception of everything as contingent packets of sense-data, thrust home by the pixellated, out-of-focus lamps, and the reflections, that we do not avoid seeing : is the distinction that El camí més llarg per tornar a casa (The Long Way Home) wants us to look at them, or into Joel’s beard (at fifty-seven minutes in), and just be with, and in, the camera-image ?


Another type of connection is, then, with the domesticity of a reflective, observational film such as Mohammad-Ali Talebi’s Bag of Rice (Kiseye Berendj) (1998) (or The White Balloon (Badkonake sefid) (1995), both promoted by Mark Cousins’ (@markcousinsfilm’s) A Story of Children and Film (2013)), except that, again, the nature of the film needs us to grasp ‘the story’ (even if those of Talebi's films are at a level that, to some, might appear artless, or inconsequential).

Unlike C. S. Lewis’ A Grief Observed (which, via Nigel Hawthorne on stage, became Anthony Hopkins – and Debora Winger – in Shadowlands (1993)), or our observing Cotillard’s Sandra, that observation is neither central to El camí, nor peripheral to it, it just is : if we were at an uncomfortable remove from Frances Ha, we would probably have related better to Blue Jasmine (2013) [the link is to 'Who is Woody Allen in Blue Jasmine ?' (with >7,200 page-views)], but El camí is located further still in a direction beyond Noah Baumbach and Greta Gerwig’s Frances, where we just need to be with Joel (Borja Espinosa), not pathologize his experience (or him) : 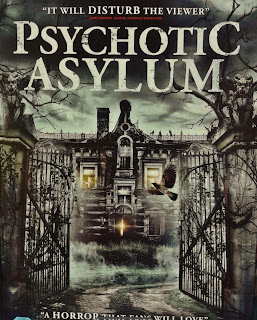 [Mainstream] cinema can, too often, want to sensationalize such experiences (as in the image above), but director Sergi Pérez* just wants us to be with Joel where he is**, and not judge him in relation to seeing him with Elvis*** (or ??)…

* As with Tots els camins de Déu (All The Ways of God) (2014), also in this year's Cambridge Film Festival’s Camera Catalonia.

** Those in the film seem not to be able to do so (or, maybe, do not wish to, or do not know how to), but typically make / repeat self-interested demands to know more, ‘out of concern’, which we can recognize as the express message behind saying, not without accusation, that it has been Four days without knowing anything about you.

Unless stated otherwise, all films reviewed were screened at Festival Central (Arts Picturehouse, Cambridge)
Posted by The Agent Apsley at 03:04 No comments:

Three more films (for one, The Agent cheats) in Camera Catalonia (for Cambridge Film Festival 2015)

For the fourth year, Ramon Lamarca has curated Camera Catalonia screenings (films with a connection in language, themes, directors or actors with the autonomous Catalan region within Spain*), and it is a pleasure to have worked with him – and with the kind help of the producers of the films – to prepare pre-Festival reviews this year : Ramon is thanked for his generous assistance and encouragement (as in 2014).

The titles are links to full-length previews of three further films from Camera Catalonia at Cambridge Film Festival 2015 (@camfilmfest / #CamFF) (and the links to the first three reviews are here, in the first posting) [rather than re-invent the wheel, one has linked to the review by Nashwa Gowanlock for TAKE ONE (@takeonecinema / www.takeonecff.com)] :


The films can be seen as follows, and the title, in each case, is a link to the booking-page for that screening**


NB Except for the first screening of Traces of Sandalwood, which is at The Light cinema (@lightcambridge), all screenings are at The Arts Picturehouse (@CamPicturehouse). 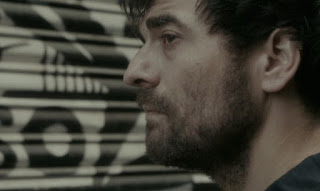 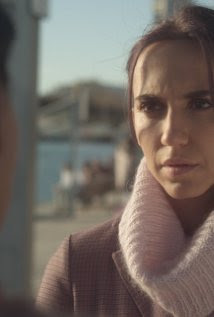 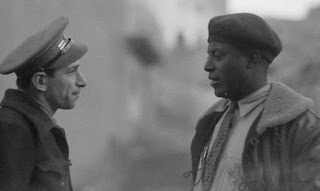 * Please read further about the region and its cinematic style in What is Catalan cinema ? [with 1,800+ page-views, though now in need of being updated].

NB The allocation of films between the three screens at Festival Central (and elsewhere) can always change (as can, if one is coming from a distance for a specific film, the programme as a whole) : if the audience for a film scheduled for Screen 3 (the smallest screen, around half the capacity of the largest, Screen 1) proves greater than expected, it may end up being swapped, so there could be a change in the exact time of the screening, too.

In the programme (that is a link to the where the PDF file can be consulted / downloaded – printed copies are available at Festival Central and all good local outlets), some slots are also kept blank, so that popular screenings can be repeated : announcements are on Cambridge Film Festival 2015's (@camfilmfest's) web-site, as are alterations to the programme (or the allocation between screens).

Unless stated otherwise, all films reviewed were screened at Festival Central (Arts Picturehouse, Cambridge)
Posted by The Agent Apsley at 12:24 No comments: